Raiden IV: Overkill is an updated version of Raiden IV released by MOSS for the PlayStation 3 and Windows. This version includes two new missions, 3 fighter types, in which Raiden mk-II and Fairy are already unlocked by default, a new OverKill Mode, and a Replay & Gallery Mode.

In OverKill mode, you are able to collect Score Medals, awarded based on how much damage was done to an enemy while its "OverKill meter" is still up, as well as Score Rings, awarded for defeating enemies quickly as they appear. Gold Rings are worth 3000pts. Silver Rings are worth 1000pts. 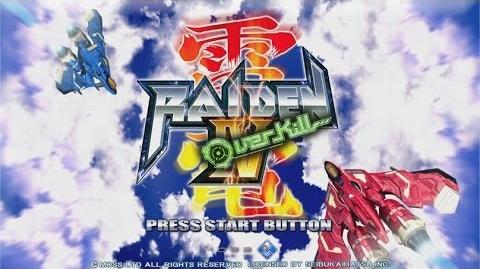 Retrieved from "https://raiden.fandom.com/wiki/Raiden_IV:_Overkill?oldid=6714"
Community content is available under CC-BY-SA unless otherwise noted.