Raiden is a vertical scrolling shoot 'em up released in September 1990 by Seibu Kaihatsu. The first installment in the popular Raiden series, it was Seibu Kaihatsu's hit game.

The year is 2090. Earth suddenly becomes a target for a race of deranged aliens known as Cranassians. Following the invasion, a new cutting-edge weapon, based on one of the destroyed alien starships, the Raiden Supersonic Attack Fighter, is built to save humanity from the clutches of the crazed aliens.

When a player dies, the fragments of the gunned-down fighter becomes projectiles that harm all enemies on-screen, deals 3x damage to bosses if you're near them.

There are 8 stages in the game (note: the Megadrive port features an additional bonus stage, whereas the PC-Engine Super Raiden port adds two more stages for a total of 10). When continuing after the player's defeat, they resume from a predefined checkpoint.

The maximum score is 99,999,999. After reaching this score, the player can continue on playing, but the score stays at 99,999,999. After reaching 99,999,999 points, free play is enabled - the credit counter stays at 9 (the maximum number of credits) for all subsequent games until the arcade game is rebooted. This may be a software bug rather than an intentional feature as the sample gameplay sequences prior to starting a game are also disabled after reaching 99,999,999 until the arcade game is rebooted.

Raiden was ported to many consoles, including the FM Towns Marty, NEC PC Engine (Super Raiden), Sega Mega Drive (Raiden Densetsu), Nintendo Super Famicom (Raiden Densetsu), Super NES (Raiden Trad), Atari Jaguar, PlayStation as The Raiden Project, Atari Lynx, Amiga, MS-DOS, and the mobile phone. The MS-DOS port was coded by Nigel 'Freddy' Conroy, Steve Cullen and Martin Randall, and was spearheaded by Martin Hooley. The original Raiden (not the Raiden Project) is available as a download from the Japanese Playstation Network store. The downloadable version can be played on the Playstation 3 console or PSP. 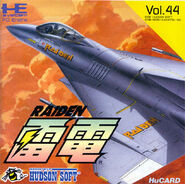 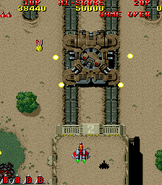 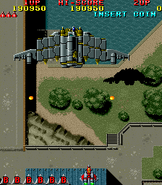 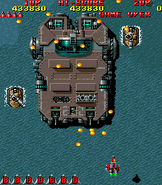 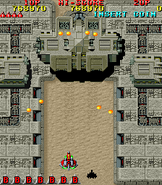 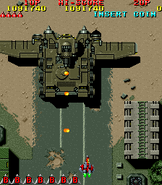 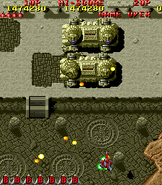 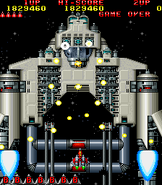 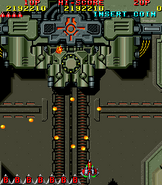 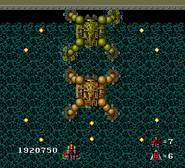 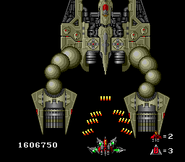 Retrieved from "https://raiden.fandom.com/wiki/Raiden?oldid=6690"
Community content is available under CC-BY-SA unless otherwise noted.