Caladrius Blaze is a Shoot 'em Up released by MOSS in 2014 for the Playstation 3 and published by H2 Interactive. It was later ported to the PlayStation 4 and PC on the Steam and GOG digital platforms. This game is an enhanced port of the original Caladrius.

After selecting a mode of play, the player can select the number of players, the starting stage (if the player have already unlocked the stages on the current mode), the difficulty level, as well as turn off damage and conversations.

The original game mode of Caladrius Blaze. A new score system is implemented, special attacks are increased, and a new stage is added.

Daughter of a reputable merchant in the Kingdom who has a twin sister, Nina. While people were being hauled, she attempts to escape with her twin sister Nina, but only succeeds in getting away alone. She asks for help to nearby kingdoms in vain, and decides to go rescue her sister on her own.

A knight of solitude unconditionally loyal to the king. After much contemplation, she decides to rebel against the King to save his soul. Wearing a mask to conceal her identity, the noble knight marches towards the king.

Member of the Royal Knights at Baladin Kingdom. She was half-forced by her parents to join the Royal Knights formed only of nobles. Mesmerized by the imposing Islay upon her join, she strives to become Vice-captain to be by her side. She has a particular hatred for Alex, the Captain of the Guardian Knights, who is close to Islay.

Daughter of a reputable merchant in the Kingdom who has a twin sister, Noah. While being hauled into the Kingdom, only Noah succeeds in escaping and a angered Eleanor forces her onto a forbidden weapon. She has sort of gotten used to the ship, but its unmanageably strong power has made her mentally unstable. She escapes with the weapon while Eleanor is out of the Kingdom and roams around in search of Noah.

Which stages you play depend on the mode selected. Original Mode has five stages plus a final stage which can be reached by finishing the main game without using continues. Arcade Mode adds two missions played after stages 2 and 4 respectively. Evolution Mode adds one extra stage after stage 3 as well as the two missions from Arcade Mode. 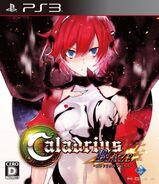 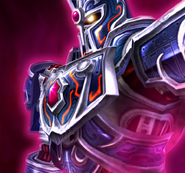 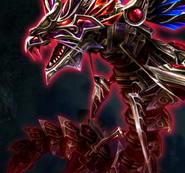 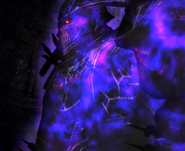 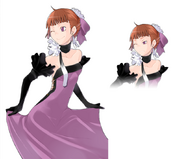 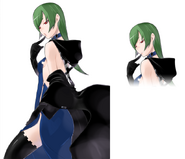 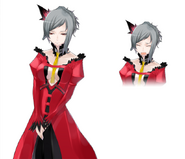 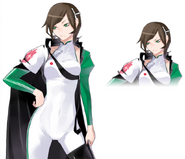 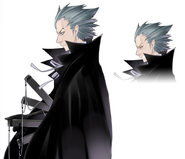 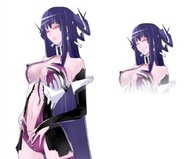 Retrieved from "https://raiden.fandom.com/wiki/Caladrius_Blaze?oldid=5945"
Community content is available under CC-BY-SA unless otherwise noted.